The skill of a masseuse; the touch of another; it’s all in the hands… usually.

Surrendering to that touch is often the most sensual of pleasures.

A story about exploration, trust and letting go. A massage has never felt so good.

“Is there anything you want to discuss before we start?”

His voice was soft as he leant towards her. She caught the hint of a Chinese accent, worn away after years of working in London.

“Any part of your body that you’re uncomfortable about?”

She wasn’t sure if she understood the question. Her hands were folded on her lap and the black Daunts book bag lay at her feet.

“Okay, well we can start and if you feel uncomfortable at any time, just say.”

The light beside them made his short black hair gleam like raven’s feathers. He stood up, easy in his body. He was muscular and slightly taller than average. His navy blue t-shirt was tight and had a white design on the front that she didn’t recognise.

“I’ll let you undress. Lie on the table, the towel is there.”

She watched him as he left, gently closing the door. Alone in the high ceilinged room, the patter of rain and the soothing sound of a ubiquitous voice filled the large space from a speaker on the floor between the two windows. There was a lit candle on a shelf at one end and a small lamp on the table between the two armchairs they’d been sitting on. The windows were covered by dark grey material, blocking out the busy Central London street and the bright March sun.

She stood up and took off her silver hoop earrings, bought by her father in Mexico decades before. They clinked as she placed them on the low table. Then she undid her shirt and slipped it off her shoulders, dropping it on the chair by her coat. She stepped out of her trainers and took off her red socks and tucked them into the shoes. She undid her belt and unzipped her checked grey trousers and placed them in a messy pile on the chair. She unhooked her bra and left it like a black, skeletal offering on top of her clothes. Then she paused, just for a few seconds, before peeling off her black lace pants.

She lay herself along the massage table and awkwardly put the towel over her lower half. The paper had been torn at the top to put her face in and she leant her forehead on the dense cushion; tried to slow her breathing. She let her legs flop outwards and felt her hips, the mound of her pelvis, her breasts, against the table. She wondered where he was and reminded herself that she undressed quickly, perhaps some women slowly folded their clothes into a neat pile, pausing between each item.

Eventually, the door opened and she heard him getting something from a cupboard at the other end of the room and turning down the light. He came towards her and she leant up on her elbows. Her hair fell down her back and around her face. The room was murky and warm. He was holding a bottle of oil in his right hand.

“There is one thing,” she said.

A flicker of a smile across his full mouth. She couldn’t read his dark brown eyes in the half-light.

She lay back down and noticed that her heart was beating a little faster. She could feel him move with a slow precision, as light as a cat.

He twisted her hair into a bun on her head and fixed it with a band, then moved the towel up so that it partially covered her head and back and placed his hands on her shoulders. They were warm. He pressed his thumbs into the muscles between the shoulder blades and the spine. She’d told him that she liked a hard massage. The stress that she held in her shoulders was taut, clinging. Her torso was tired from holding up bird nests and the scrabbling lives that lived beneath her bark. The many leaves that grew on every tiny twig. Holding onto them when the wind blew, hoping they wouldn’t be wrenched away into the sky.

She breathed through the pain, the knots being eased. He moved the towel down, uncovering her back, and rubbed oil in his hands until it was slick and hot and swept his hands down her skin. Then up into her neck, pressing into places that made her eyes scrunch. Then down again and her spine clicked into place. She breathed out. Letting go a little. She moved her arms to the sides of her body.

He worked down her back to the top of her buttocks, his strong fingers pressing into the points of tension, one hand lightly resting on her side. The rain still filled the room and a man called to a dog in the street. Her eyes were closed and she sank into the table. She was glad he didn’t talk. She didn’t want to be cluttered with words and thoughts and answers.

He moved down the table and placed the towel over her legs, folding it back over her right leg as he reached for more oil and started to massage her calf, his hands twisting up to the knee and back again. Pressing down along the muscle. Her whole body moved, softer, more pliable. Then he folded the towel again, displaying her thigh and slowly started to move his hands up her leg, pressing the muscles and moving his hands down again. Each time a little further up towards her bottom, the dense muscle there. Each time his fingers got closer to her inner thigh, her body rocked a little towards him.

“She heard her sex open and close, wetting, and the rain sound filled her. She couldn’t help arching her buttocks up as his fingers neared the top of her thighs, pausing by the gentle throb between her legs, before moving away…”

He moved her leg out so that they were parted in a V-shape and continued. His hands pressed into her buttock and down her upper thigh, tracing a light line where her pubic hair grew and then up again. She heard her sex open and close, wetting, and the rain sound filled her. She couldn’t help arching her buttocks up as his fingers neared the top of her thighs, pausing by the gentle throb between her legs, before moving away. She felt her face flush… 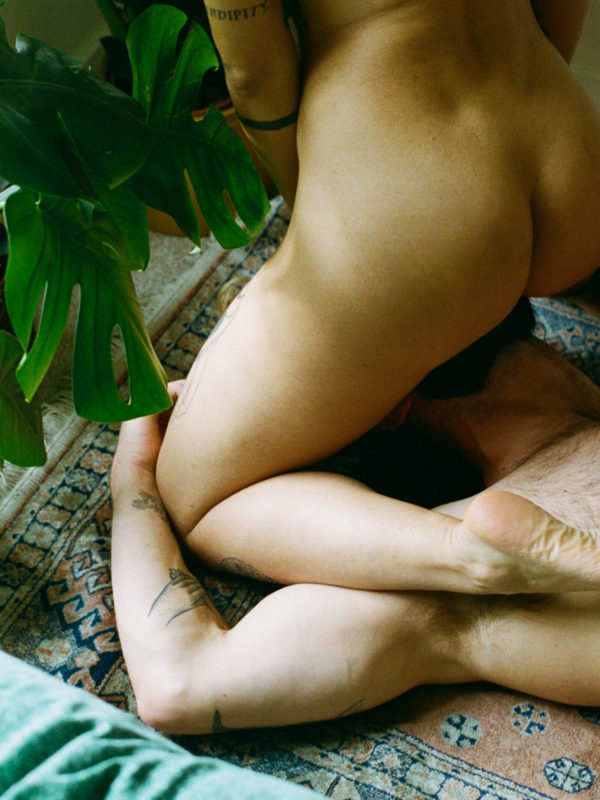